The National Assembly Party (NAAS) is monitoring the string of accusations being made that Saudi Arabia, or the Saudi authorities, were responsible for or associated with the events of September 11th and other terrorist incidents, and it is picking up, between the lines, an explicit or implicit blaming of the Saudi people, their cultural identity and their religion. The party is deeply concerned by talk of sanctions that could affect the country’s people and economy.
We call on the US administration to release all documents relating to 9/11, identify those who were actually responsible, and sanction the specific individuals responsible – whatever their official positions – rather than impose further injustice on the Saudi people. Members of the public have already suffered greatly from their own country’s authorities, which monopolise control over everything in the country and prevent them from expressing their opinions. Decade after decade, all this tyranny has taken place with American support. Our good people have also suffered harsh repression, imprisonment, torture and persecution whenever anyone voices opposition, calls for the strengthening of rights and liberties, or calls for reform or establishing the democratic way. All this repression, too, has taken place with American support.
In the war waged by the authorities and their backers against every peaceful movement for change, this repression and the government’s violence have nourished the misplaced idea that change comes about through violence. On top of all of this, our good people have suffered accusations holding them responsible for the outcome of the Saudi and US authorities’ actions. They should not be made to suffer from possible sanctions that have nothing to do with them, and that could add to the misery of the political tyranny, government violence and economic pressures Saudi citizens already endure.
We in the National Assembly Party wish to point out that, living under these authorities, our people are denied the possibility of opposing the policies of their country’s authorities, whatever they may be, in an atmosphere of total political control by the government over absolutely all institutions. The authorities have complete control over the media, education and religious, cultural and economic discourse; they are thus responsible for the outcomes and results. Moreover, the authorities justify their mistakes to the world by accusing the Saudi people of obduracy and extremism, in order to gain global backing for their control over the people, their destinies and their economy; a number of regional and global agencies have – unfairly – gone along with this.
To indulge the narrative of the authorities, their justification of their actions and shirking of their responsibilities by blaming the people or their culture or religion for extremism or terrorism is an additional injustice against an already oppressed populace. The authorities commit crimes in their name and seek to manipulate and exploit the people at every opportunity to ensure that they remain in power, without any regard for the national interest or any other humanitarian considerations. This was made plain by the Saudi crown prince in one of his interviews with the Washington Post, where he admitted that the authorities had taken a hardline approach at the allies’ request.
In conclusion, NAAS would like to caution against any continuation of the unjust treatment of the population by the US-backed Saudi authorities, and to warn the United States against inflicting further injustice on them. We would remind them of their responsibility for supporting the Saudi authorities in their repression and transgressions, constantly giving them cover and helping to justify them by blaming the people and their culture and religion in order to protect their allies’ monopoly of power in Saudi Arabia. NAAS also calls on them to abandon their support for tyranny and instead support the democratic path for the Saudi people. It is high time the people gained their freedom, fundamental rights and justice – the lack of which has been the main reason why violent and extremist groups exist. 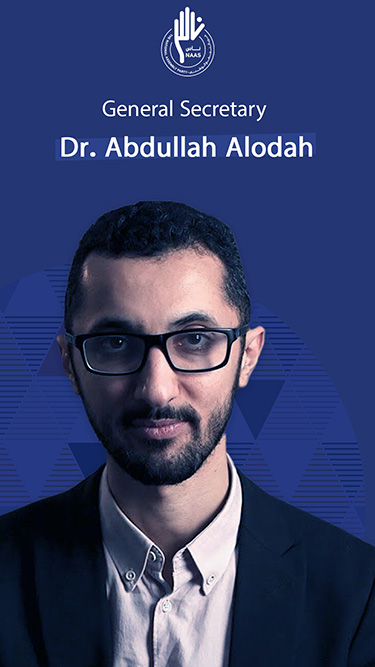